Throne of Seal , 神印王座
Rating 7.46
Status: Ongoing Studio: Shenman Entertainment Released: 2022 Duration: 21 min. per ep. Type: ONA Episodes: 52
Action Adventure Fantasy
Six thousand years ago, mankind's glorious reign ended as a result of an invasion of the demon race, brought about by the emergence of 72 demon gods. To safeguard the remnants of humanity, the Alliance of Temples appeared to stop the demons' progress and temporarily stabilize the situation. At present, nine-year-old Long Hao Chen is training to become a part of the Knight Temple Hall. Through sheer dedication and the support of his companions, he passes the knight exam. Now, under the tutelage of his teacher Long Xing Yu, Long Hao Chen endures the Holy Resurrection Ritual to ascertain his capability. The ritual reveals that Long Hao Chen is a Son of Light—an individual who possesses a vast amount of spiritual energy. Recognizing his disciple's promising potential, Long Xing Yu urges Long Hao Chen to become a strong knight capable of defeating the Demon Lord alongside him. With countless challenges awaiting him, Long Hao Chen may be the warrior that can end the era of darkness. 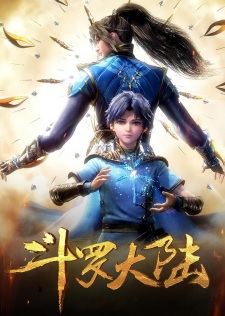